How can we attain enlightenment?

Attaining enlightenments is not easy for most people. But with diligent practice, one can definitely gain useful confirming experiences.

Enlightenment vs. seeing the true nature of one's mind

Enlightenment means the development of wisdom, the perfection of character, and the eradication of the afflictions, and it all lies in whether we are willing to let go ouf our ego or self. To achieve this we must first realize conceptually that all things are without substance, and then use Buddhist methods to transform our minds.

The meaning of enlightenment and Buddhahood

The Lotus Sutra teaches about the supreme, thorough, and ultimate Buddhadharma; though it won't make us a Buddha immediately, at least it teaches us to take on the first step on the path to Buddhahood. The Shurangama Sutra shows us how different methods lead to the same enlightenment, though it doesn't mean that one will attain enlightenment instantaneously after hearing it. Nevertheless, they certainly help us alleviate our attachment and affliction. 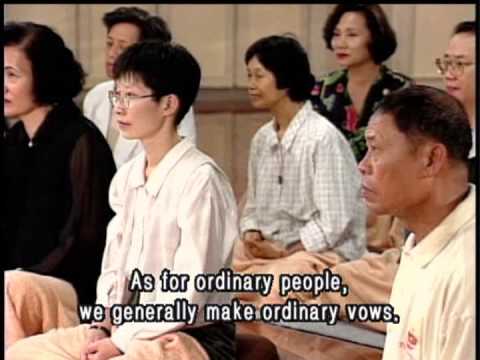 From the Buddhist perspective, there are only two kinds of responsibility in life. The first is to fulfill our vows, and the second is to pay back our karmic debts. We should learn the Buddhas and ... 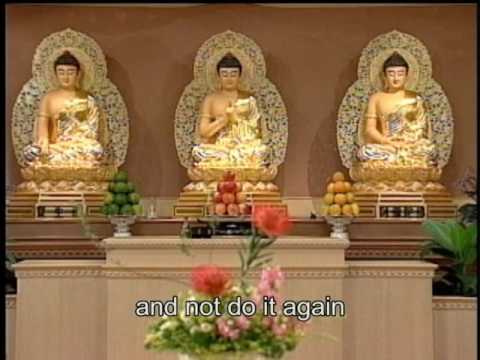 Putting into Practice the Principles in Raising Children

Parents should spend more time communicating with their children. Resort to guidance rather than authoritarianism. 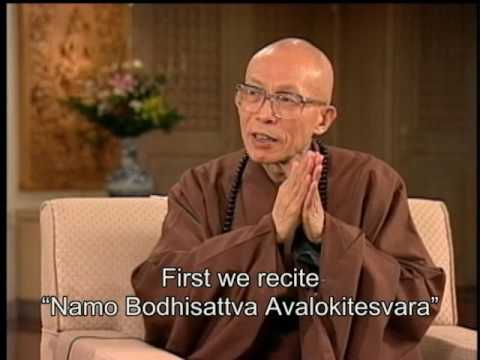 04 Practices of Guanyin Bodhisattva: the Dharani of the White-robed Bodhisattva

Reciting the Dharani of the White-robed Bodhisattva can help reduce our karmic obstacles. But the most important is that we come to study and learn the Dharma ourselves.